Scholastique Mukasonga, whose highly anticipated memoir Cockroaches is out in October, will be joined by the writer Hisham Matar at 92Y in New York City on November 7th at 8 PM for a conversation focused on the authors’ experiences with violence and exile and how it informs and shapes their work, specifically the memoir form.  The event will take place in the Buttenweiser Hall, and tickets start from $15.

Read more about the event and purchase tickets on the 92Y website.

Enjoy an excerpt of Cockroaches, translated from the French by Jordan Stump, on the Tin House blog here. Born in Rwanda in 1956, Scholastique Mukasonga experienced from childhood the violence and humiliation of the ethnic conflicts that shook her country. In 1960, her family was displaced to the polluted and under-developed Bugesera district of Rwanda. Mukasonga was later forced to leave the school of social work in Butare and flee to Burundi. She settled in France in 1992, only two years before the brutal genocide of the Tutsi swept through Rwanda. In the aftermath, Mukasonga learned that 27 of her family members had been massacred. Twelve years later, Gallimard published her autobiographical account Inyenzi ou les Cafards, which marked Mukasonga’s entry into literature. This was followed by the publication of La femme aux pieds nus in 2008 and L’Iguifou in 2010, both widely praised. Her first novel, Notre-Dame du Nil, won the Ahmadou Kourouma prize and the Renaudot prize in 2012, as well as the 2013 Océans France Ô prize, and the 2014 French Voices Award, and was shortlisted for the 2016 International Dublin Literary award.  Cockroaches is slated for release in October 2016. 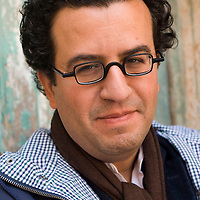 Hisham Matar (Arabic: هشام مطر‎‎) (born 1970) is a Libyan writer. His debut novel In the Country of Men was shortlisted for the 2006 Man Booker Prize. Matar’s essays have appeared in the Asharq Alawsat, The Independent,The Guardian, The Times and The New York Times. His second novel, Anatomy of a Disappearance, was published on 3 March 2011.  Hisham Matar’s new memoir is The Return — “a riveting book about love and hope, but also a moving meditation on grief and loss,” wrote Colm Tóibín. “It draws a memorable portrait of a family in exile and manages also to explore the politics of Libya with subtlety and steely intelligence. It is likely to become a classic.” He currently lives and writes in London.