CHRISTINE ANGOT is one of the most controversial authors writing today in France. Since the 1999 publication of Incest, Angot has remained at the center of public debate and has continued to push the boundaries of what society allows an author to express. Born in 1958 in Châteauroux, Angot studied law at the University of Reims and began writing at the age of 25. Her literary works have received prizes including the Prix France Culture in 2005 (for Les Désaxés and Une partie du cœur), the Prix Flore in 2006 (for Rendez-vous) and the Prix Sade in 2012 (for Une semaine de vacances), which she refused. In 2015 she won the Prix Décembre for her novel Un Amour impossible. Angot is now also a commentator on the television show On n’est pas couché.

Out January 5th! Knausgaard analyzes the work of Cindy Sherman, Ingmar Bergman, and Sally Mann as well (and still more). There are images of many of the pieces he discusses inside. https://t.co/O9Bob7ixn7
View on Twitter 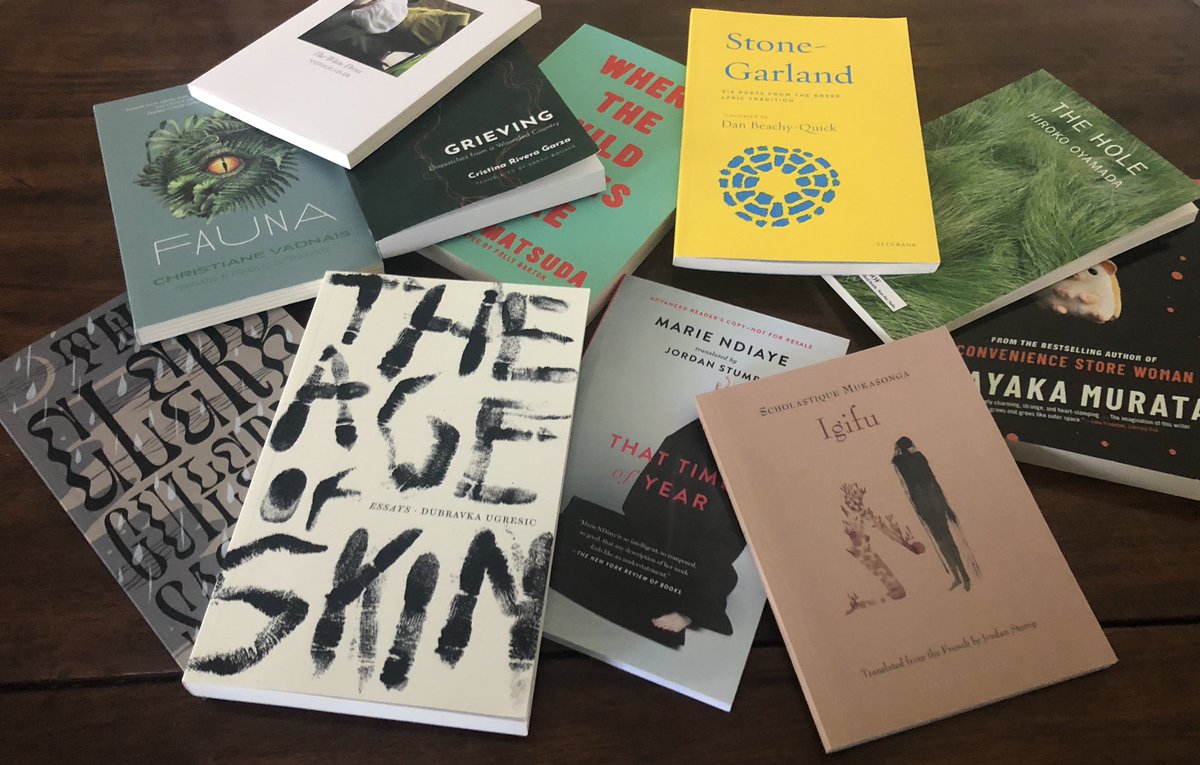 Pierce Alquist @PierceAlquist
Did I mention that this fall is stacked with great new books? 📚 https://t.co/hKAb6w02Lk
3
21
Follow @archipelagobks